Only 47 Percent of Total U.S. Prescription Drug Spending Was Retained by Brand Biopharmaceutical Companies in 2015 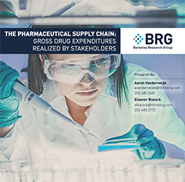 Washington, DC (January 18, 2017) - Robust competition in the private marketplace is resulting in increasingly higher rebates and discounts on medicine prices, according to a new study by the Berkeley Research Group (BRG). The study is among the first to examine the share of prescription medicine spending retained by biopharmaceutical companies, generic manufacturers, pharmacy benefit managers (PBMs), health plans and other stakeholders in the supply chain.

“The BRG study is the first to show what happens when the list price of a medicine meets the forces of private market negotiation, costs associated with a complex supply chain and mandated government discounts in Medicaid, the VA and the 340B program,” said Stephen J. Ubl, president and chief executive officer of the Pharmaceutical Research and Manufacturers of America, or PhRMA, the organization that commissioned the study.

According to the BRG report, brand biopharmaceutical companies retained just $219 billion, or 63 percent, of total gross (based on list price) spending on brand medicines. This finding suggests, on average, more than a third of the list price of a brand prescription medicine is rebated back to PBMs, health plans and the government, or retained by other stakeholders in the biopharmaceutical supply chain.

The analysis also found that the share of gross (based on list price) spending on medicines that brand biopharmaceutical companies retain has been declining as retrospective rebates, discounts and fees have increased from an estimated $67 billion in 2013 to $106 billion in 2015. Payers are increasingly demanding higher rebates to stay on formulary at the same time that there has been an increase in mandatory rebates in Medicaid and the rapidly growing 340B program.

“The study begs an important question: Are we doing enough to ensure the growing amount of rebates and discounts flow to the patient?” said Ubl, noting that unlike care received at an in-network hospital or physician’s office, a patient’s cost-sharing for medicines, including payments for care received prior to meeting a deductible or from a co-insurance, is typically based on the list price of a medicine, not the net prices after rebates and discounts are factored in.

In addition to robust competition and negotiation from payers, brand medicines also face competition from generic alternatives, which currently account for 90 percent of all medicines received by patients. After accounting for discounts and rebates, the BRG report estimates that brand biopharmaceutical companies realized less than half (47 percent) of total U.S. spending on prescription drugs in 2015.

About PhRMA
The Pharmaceutical Research and Manufacturers of America (PhRMA) represents the country’s leading innovative biopharmaceutical research companies, which are devoted to discovering and developing medicines that enable patients to live longer, healthier and more productive lives. Since 2000, PhRMA member companies have invested more than half a trillion dollars in the search for new treatments and cures, including an estimated $58.8 billion in 2015 alone. 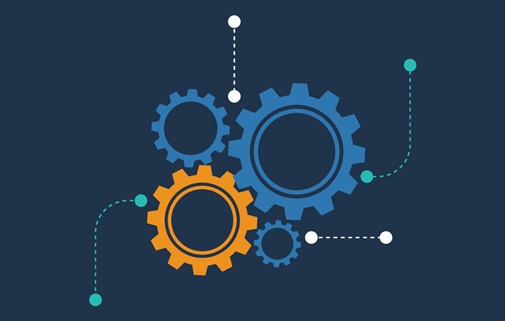 A study by Berkeley Research Group on gross expenditures in the pharmaceutical supply chain.