Washington, D.C. (October 12, 2017) — Providing access to discounted medicine prices at the point of sale could save certain commercially insured patients with high deductibles and coinsurance $145 to more than $800 annually, according to a new analysis from Milliman that was commissioned by the Pharmaceutical Research and Manufacturers of America (PhRMA). The data also show sharing negotiated rebates with patients would have a minimal impact on premiums because it would only increase health plan costs on average 1 percent or less.

Negotiations between biopharmaceutical companies and health plans often result in significant rebates. According to a recent study from the Berkeley Research Group, more than one third of the list price for brand medicines is rebated back to payers and the supply chain. These rebates totaled more than $100 billion in 2015 and are growing every year.

Hypothetical examples to illustrate the data include:

About PhRMAThe Pharmaceutical Research and Manufacturers of America (PhRMA) represents the country’s leading innovative biopharmaceutical research companies, which are devoted to discovering and developing medicines that enable patients to live longer, healthier, and more productive lives. Since 2000, PhRMA member companies have invested more than $600 billion in the search for new treatments and cures, including an estimated $65.5 billion in 2016 alone. 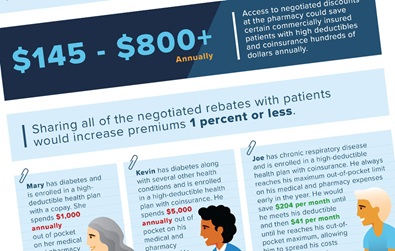 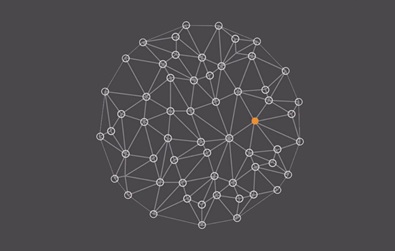 Point of Sale Rebate Analysis in the Commercial Market | PhRMA